Facebook continues to shift away from news content, in preference for entertaining video (ala TikTok), with the announcement that it will be retiring its Instant Articles offering in April next year. 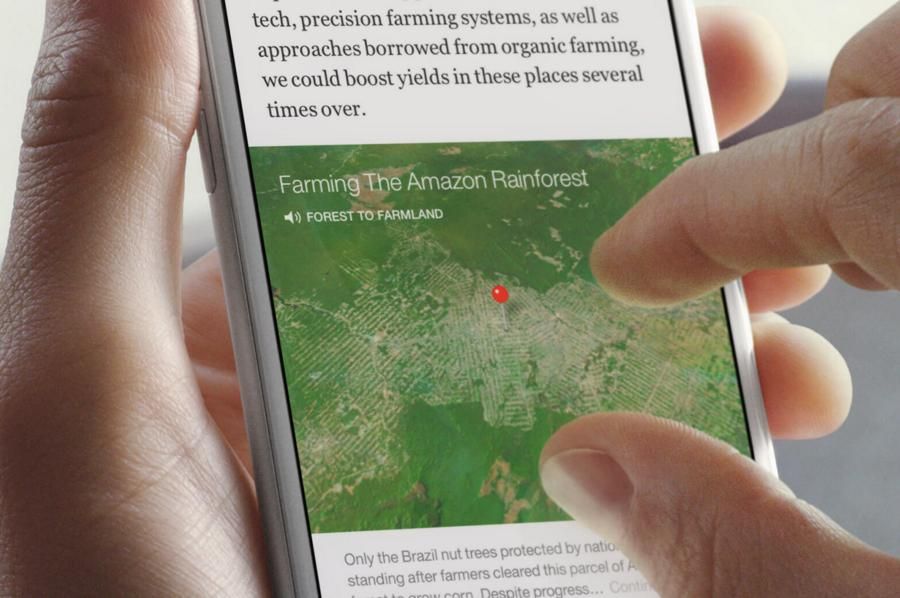 Originally launched in 2015, Instant Articles were designed to provide publishers with a more engaging, fast-loading way to present their articles on Facebook, helping to maximize reader engagement within the app. In the years since, Meta has also sought to add in more referral link and subscription tools as part of its ongoing effort to better ingratiate itself with publishers, and help them use Facebook as a complementary platform to their main sites.

As reported by Axios, Meta’s ending support for Instant Articles as it works to better align with user preferences, which, increasingly, see video being its most engaging content format.

Meta CEO Mark Zuckerberg recently noted that video viewing makes up 50% of all time spent on Facebook, while Reels is the fastest growing content format across both Facebook and Instagram. Zuckerberg has also noted that Facebook users ‘don’t want politics and fighting to take over their experience on our services’.

As such, Meta’s working to push more entertaining video content into user feeds, which are being displayed based on AI-based recommendations, not on who you follow and/or who you’re connected to. Zuckerberg sees this as the future of Facebook, and that shift is already being reflected in the user experience.

“Currently less than 3% of what people around the world see in Facebook’s Feed are posts with links to news articles. And as we said earlier this year, as a business it doesn’t make sense to over invest in areas that don’t align with user preferences.”

Whether you like it or not, that shift does make sense.

TikTok has essentially changed perspectives on what social media can, and maybe should be in its next phase, with a bigger focus on entertainment, as opposed to enabling people share their opinions on every news story and topic that comes their way.

Social platforms have an unending trove of great, entertaining content, posted by users from all around the world, and while Facebook had been founded on the concept of connecting you to your immediate friends and family, that’s also restrictive, in that you may be missing out on the best updates being posted by people who you’ll never be connected to in the app.

TikTok switched this by focusing on public posting, and amplifying the best updates, from anyone, as far and wide as possible, in order to maximize engagement. That then ensures that users are not being forced to read about, say, your uncle’s political beliefs as well, which can be divisive, while it also keeps users entertained with a constant stream of the best highlights, relative to their interests, and based on overall engagement in the app, not just what’s happening within your existing social circles.

Given the aforementioned shifts towards video, and away from political posts, the change in direction makes sense – and even Zuck himself has acknowledged that he overlooked the potential of this behavioral development.

The bottom line is that Meta is now moving away from what had been its bread and butter, in posts from friends and family, and news articles from publishers, in preference for entertaining video clips.

The demise of Instant Articles is just the latest move in this shift – Meta has also:

All of this, Meta says, is in alignment with usage trends, which has seen the majority of friend-to-friend sharing switch to DMs and messaging, as opposed to people posting updates in the main feed.

But really, it all comes from TikTok. Meta has seen its usage decline, as TikTok engagement has skyrocketed over the past two years, and as a result, Meta knows that it needs to re-align its tools to tap into these trends – because social media is now more about entertainment than it is about connection.

And news content is simply not the critical element that it once was – unless, of course, it can be presented in engaging, short-form video format instead.

Which is really what publishers and marketers need to take from this. Meta’s putting more and more focus on short-form video, which means that if you want to maximize your engagement, and likely your referral traffic, from Facebook and IG, you need to be publishing video content as well.

Which, of course, Meta has pushed before, with its previous ‘pivot to video’ eventually leaving many publishers in the cold when the platform shifted its attention to the next trend.

That could happen again, so going all-in on video, to align with Meta’s whims, is probably not the best way to go. But incorporating more video is the key to maximizing your reach and resonance in the app. At least for now. Meta Expands NFT Display Options on Instagram and Facebook, as it Looks to Build for the Next Stage