Instagram is expanding its sensitive content defaults for young users, with all account holders under the age of 16 now being put into its most restrictive exposure category, unless they manually change the setting. 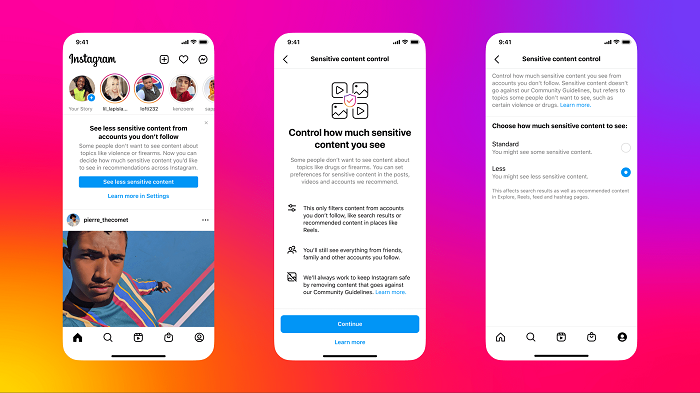 “Last December, we announced our commitment to building a safer search and discovery experience for teens on Instagram. Now, we’re defaulting new teens under 16 into the most restrictive setting (aka ‘Less’) of our ‘Sensitive Content Control’ on Instagram – which works to limit potentially sensitive content in Explore, Explore, Hashtag Pages, Reels, Feed Recommendations and Suggested Accounts.”

In addition to this, Instagram says that it will also prompt all teens who are already on Instagram to choose the ‘Less’ setting, while it’s also launching a new ‘settings check-up’ that encourages teens to update their safety and privacy settings.

The change, which, as Instagram notes, builds on its announcement late last year, will mean that teens will now automatically have their experience limited, to protect them from potentially harmful exposure in the app, which aligns with advice from various medical professionals and studies, which have found that Instagram can be particularly harmful for teen users.

Researchers from the UK’s Royal Society for Public Health have found that Instagram usage is often associated with high levels of anxiety, depression, bullying, while the American Psychological Association has reported that:

“The frequency of Instagram use is correlated with depressive symptoms, self-esteem, general and physical appearance anxiety, and body dissatisfaction and that the relationship between Instagram use and each of these variables is mediated by social comparison orientation.”

Indeed, according to Meta’s own, internal reportage, which was published as part of last year’s Facebook Files expose, Instagram can have, and has had, harmful mental health impacts on many teen users.

As per the report:

“Thirty-two percent of teen girls said that when they felt bad about their bodies, Instagram made them feel worse.”

In response to such concerns, Meta has now incorporated a range of new safety tools and features, including ‘Take a Break’ reminders and updated in-app ‘nudges’, which aim to re-direct users away from potentially harmful topics. 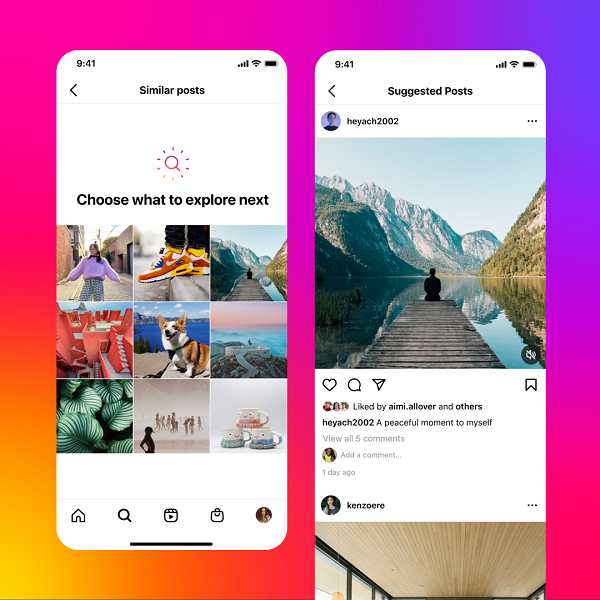 In combination, these prompts and restrictions could have a big impact in protecting teens, while also showing that Meta is doing what it can to limit harm via its apps. Even if it has also refuted the claims that Instagram is indeed as harmful as suggested.

The updated teen safety elements are being rolled out from today.