Okay, we’ve all seen the now infamous ‘crying CEO’ LinkedIn post, to the point where it almost feels cruel to keep highlighting it specifically.

The post, which has garnered major media attention, has once again shined a spotlight on the cringe-level of LinkedIn posts, which often feel so artificial, so staged, that they go against the ethos of social media entirely, with the focus clearly on generating likes and engagement, as opposed to sharing anything of actual substance.

But if you can’t beat them, you may want to join them – and if you do want to join the ranks of LinkedIn ‘thinkfluencers’ in sharing your purportedly deep thoughts on the latest happenings, this new app could be for you. 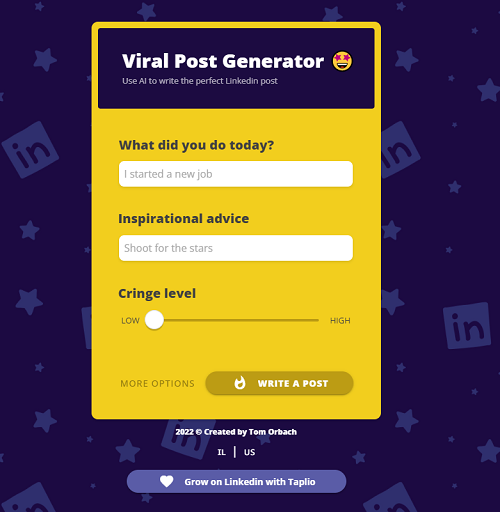 As you can see in this image, developer Tom Orbach has created a new ‘Viral Post Generator’ for LinkedIn, which uses machine learning, based on thousands of viral LinkedIn posts, to provide you with customized LinkedIn thought pieces, attuned to your inputs.

To generate your own thought-provoking LinkedIn post, you simply add in what you’ve done, and the inspirational advice that you want to share. You then select the ‘cringe level’ you want for your post. 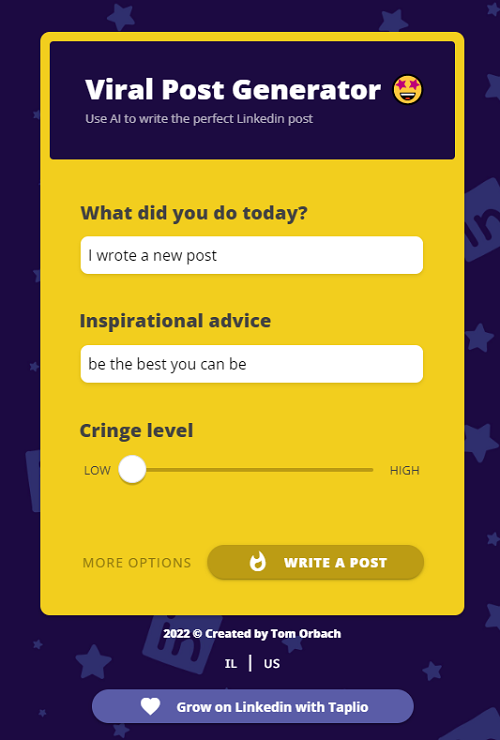 The app will then spit out a viral LinkedIn post, based on the many other examples that the tool has morphed into templates. 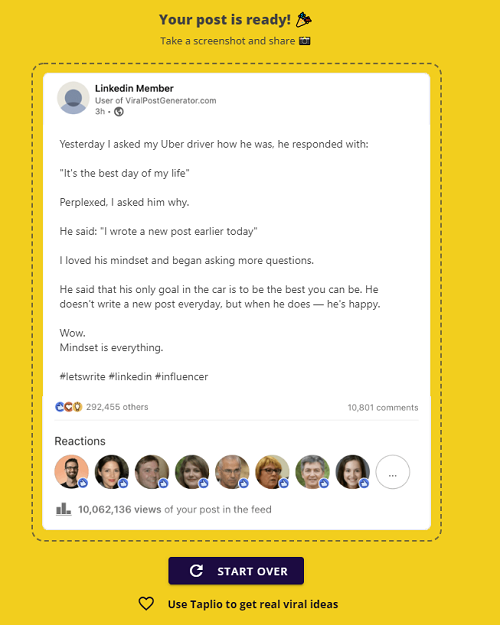 It’s concerning how accurate it is, how similar the posts it churns out are to actual LinkedIn updates. You can also keep re-running the app as many times as you like to find the perfect post, which you can then screenshot and share, which includes clear ‘ViralPostGenerator’ tags. Though you could also directly copy the text to LinkedIn to assist in your mission to become the next thought leader in the app.

Which probably won’t make LinkedIn too happy, given it’s currently on a mission to amplify the top creators in the app. Many viral LinkedIn posts already get replicated and re-posted, so using this app may actually be better than the current process that many use, which sees the exact same thing shared over and over again.

But still, LinkedIn would, of course, prefer originality, not AI-generated think pieces.

But they do look very much like actual LinkedIn posts.

Look, we definitely do not condone the use of automated tools for social media posts, and the rubbish posts put together by this app are clearly for comedic purposes, not actual thought leadership via automation. But I can imagine that at least some LinkedIn users will try it out, just to see what happens, just to see if they do, in fact, gain traction in the app.

I mean, inspiration comes in many forms. Maybe this is just another means to help give somebody the lift they need that day.

You can check out ViralPostGenerator here. How They Work + Cost and Review Process [+ Examples]