Facebook may no longer be the cool app, or the place to hangout for younger users, but it remains the most accessed social media platform in the world, and it continues to add more users, as it expands into ever more markets.

Everyone checks into Facebook, because it’s where you’re connected to your closest friends and family, and you don’t want to miss out on a birthday notification or some other major milestone that’s announced via Facebook post.

That’s a big part of why almost 2 billion people still log into Facebook every day, and once they’re there, they are still spending time looking around, engaging in groups, sharing posts, etc.

Younger users might spend more time scrolling through TikTok, but Facebook remains a critical consideration for most brands.

With that in mind, what are the key best practices for Facebook in 2023 for a brand looking to optimize its in-app presence?

The first thing you need to understand is the News Feed algorithm, and how it amplifies content in the app.

Facebook’s News Feed algorithm, which aims to optimize use engagement, is underpinned by three key elements:

The News Feed algorithm is always being updated and evolving, and Facebook’s big focus of late has been highlighting more relevant video updates, from all across the app, in user feeds. Meta has said that it will continue to add more of these AI-based recommendations over time, and as its algorithm improves, it is getting better at highlighting relevant content to each user that they otherwise would not have seen.

That could help to improve your reach, but it’s worth noting that the focus is short video clips, as Meta looks to hook into broader consumption behaviors. If you have ideas for short-form clips, that could be a good opportunity to get more reach in the app.

Recent reports have also shown that Meta has been trying to reduce the amount of divisive political content in user feeds. Which is good for marketers, as it leaves more room to get more exposure for your content, while Meta also notes that Facebook’s algorithm is increasingly being geared towards providing what users say that they ‘value’, as opposed to what makes them engage.

That’s an important distinction. Divisive, attention-grabbing posts spark engagement, but if users are indicating to Meta that they’d prefer more ‘valuable’ experiences, the algorithm could be further aligned with, say, shares over comments, depending on how Meta defines this.

There’s no specific info on which metrics Meta’s taking into account when it refers to ‘value’, but it’s another consideration for your planning.

In terms of content that has resonated on Facebook in the past, and may relate to this new ‘value’ based approach, a 2019 analysis by Buffer, which analyzed more than 777 million Facebook posts from Pages, found that the posts which saw the most engagement, and subsequent reach, were either inspirational, funny, or practical.

All of these seem to point to valuable experiences, which is something to keep in mind in your planning.

As has been highlighted by various studies, shorter text descriptions generally work better on Facebook, with the optimal length for a Facebook post being between 25 to 55 characters.

Which is not a lot – but you’re often trying to guide users towards clicking on an attachment anyway, so you don’t want to be distracting them a long, wordy post.

Having trouble summarizing your posts? You can ask ChatGPT to do it for you.

This is the result of me asking ChatGPT to summarize this post, and the summary here is pretty accurate.

It might not always be exactly what you want, and you can run it a few times, with additional emphasis notes on the style or language (casual, simple, etc.), which could help you find a good summary for Facebook.

Maybe it helps – worth trying either way.

Also worth noting here that posts of more than 80 characters are auto-truncated in the mobile app, which gives you that ‘See more’ prompt at the end of the initial text. That could reduce click-throughs if your key info is not in the first sentence/s.

In terms of formats, video is the best-performing post type, with live video driving the most engagement, while posts with images generally perform better than those with straight text. We’ve also seen some success with memes to help improve reach and awareness.

And again, with Meta putting more emphasis on short-form content, that’s where you should be looking, and it’s seemingly always adding new tools to simplify Reels creation, even if you don’t have video assets.

You can also check in with the Facebook Ads Library to see what your competitors and those in your niche are doing. If the ad’s been running for some time, it’s likely working, while you can also get spend and impression data on previous campaigns. 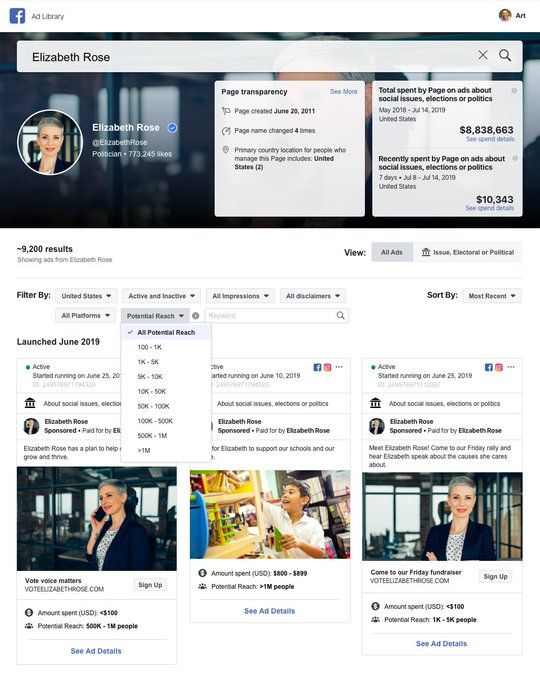 Also worth noting here – when you add a link into the Facebook post composer, it will automatically generate a link preview, using the header image you’ve added to your post on your site. You can then delete the link from the text, and the preview will remain, which can be better for driving traffic (as your whole image is now clickable).

At different times, Facebook has put more emphasis on hashtags, but none of those pushes has seemingly stuck.

It may be worth experimenting – I would suggest that you add no more than two hashtags per Facebook post, and that you research relevant tags within the app itself (i.e. run a search and see what comes up, to ensure that it’s relevant to your business/products).

Finally, on posting frequency. This really depends on your audience, but Facebook has previously advised that Pages shouldn’t be overly concerned about over-posting, as the News Feed algorithm will limit exposure from individual Pages.

That’s not guaranteed, and you could still annoy those who’ve chosen to specifically follow your Page. But as a guide, there’s no definitive impact to posting more often.

As a start, I’d be aiming for three updates per week, moving up to five, then measure performance and iterate from there.

In terms of when to post, data from Sprout Social, shared last year, indicates that the best times to post to Facebook are Mondays through Fridays at 3 am, and Tuesdays at 10 am and noon, in your local time. 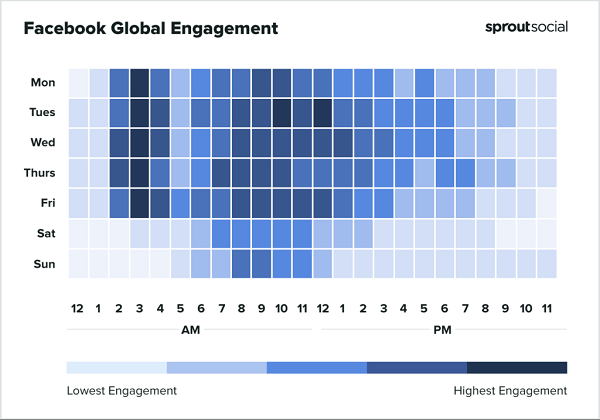 Why 3am? Well, there’s likely a lot less competition at that time, and it could be that by posting in these down times, that could help you get that initial engagement spark that you need to reach more people throughout the day.

But again, these measures are all relative, and it may be that your audience responds to wholly different times and updates – these reports are meant as initial guides to help you map out your best starting point.

It’s important that you monitor your post comments, and respond to users when you can.

Establishing that connection can play a big role in building brand recognition and community, while comments also register in the News Feed algorithm as engagement, which could help to boost post reach.

You could also consider opening up a Facebook group for your brand, or joining relevant groups so you can tune into related chatter, while guiding more conversations towards DMs is another way to help enhance that interaction and facilitate relationships.

Again, these notes are designed as pointers, not definitive ‘rules’, and you may well find that your audience responds to the opposite of everything recommended here.

But that’s the key driver – make sure that you analyze your analytics, and track your performance over time. Whether you’re driving more clicks, or getting more reach, keep tabs on the stats that matter to your business – and when you hit a winner, double-down, and test your theories as to why it worked.