As it continues to grapple with steadily worsening economic conditions, Snap Inc. will reportedly cease production of its Pixy selfie drone, which it launched just four months ago as a new way to capture content.

Snap’s $230 Pixy drone is designed to fly a few feet above you, and capture both photos and videos, with the content then automatically uploaded to your Snap Memories. The drone then folds up and can fit in your pocket, making it a handy complement to your phone as a capture device. 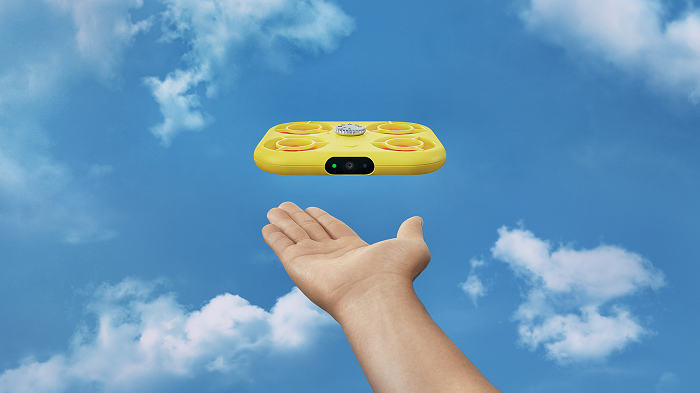 But evidently, demand hasn’t been huge for the tool.

As reported by The Wall Street Journal:

“Snap Chief Executive Evan Spiegel recently told staff during a regular question-and-answer session of the decision around the Pixy drone. The effort to halt further development of the project is part of broader reprioritization of company resources, Mr. Spiegel told staff.”

Snap won’t stop selling Pixy at this stage, but it does seem like once the current supply is sold out, that could well be it.

It’s a blow to Snap’s broader hardware expansion, though it’s not the first time that the company has had to deal with lower than expected demand.

Back in 2016, Snap released the first version of its Spectacles camera-equipped glasses, which attracted a lot of hype early on, that didn’t necessarily translate into huge sales. A year after Spectacles’ launch, reports circulated that Snap had severely miscalculated demand for the glasses, and as a result, hundreds of thousands of unsold Spectacles were left sitting in a warehouse in China.

Snap CEO Evan Spiegel later admitted that the company made the wrong decision in ramping up production of Spectacles based on early demand.

That’s not the same case this time around, with Snap simply struggling with tougher market conditions, which have forced it to rationalize current expenditure to keep things on track.

Last month, Snap announced that it would “substantially reduce” hiring as part of broader cost-cutting efforts, while in May, it also issued a profit warning due to a worsening ‘macroeconomic environment’. Part of that can be attributed to the global downturn, which has impacted all digital platforms, while Apple’s ATT update has also caused major challenges for Snap’s ad business.

The end result is that Snap will now need to scale back its expansion plans, which could also impact the future of its AR Spectacles, which are still in development, and may now need to take a back seat as it works to maintain financial performance.

Which is why this announcement is more significant than the de-prioritization of the Pixy drone itself. Really, if Snap were to cease production of Pixy entirely, that wouldn’t be a major strategic shift, as it’s so early on in the product’s development that it couldn’t be a key element for the company just yet.

But from a broader vision perspective, the announcement signals the scale of the impacts that Snap’s dealing with, in order to ensure that it remains on track.

Could that see a bigger reduction in Snap’s research and development costs overall – and what will that mean for its longer-term bets?

Not re-upping the Pixy project is one thing, but the fact that Snap has been forced to abandon it so early on is a potentially bigger consideration in this shift.