TikTok continues to turn the tables on its competitors, who have been pushing to copy its key features, with its own copycat tools and options designed to maximize engagement in the app.

Here’s what that video looks like when you tilt your screen: 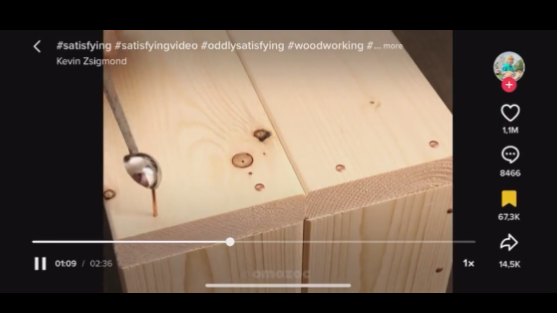 As you can see, some users are now seeing a new ‘Full Screen’ button displayed on screen in some clips, which prompts them to turn their device to the side to see the full-width display.

Which could provide a whole new set of considerations for creators, and when you combine this with 10 minute uploads, there’s a heap of ways in which this could be used within your TikTok content strategy to boost engagement and interest.

And as noted, it’s also another element in TikTok’s push to fight back against the ongoing replication of its key elements.

This year, as it’s continued to add more users, TikTok has also tested:

Okay, so maybe BeReal doesn’t deserve the replication, as it hasn’t copied anyone else yet. But it’s clear that TikTok’s looking to diversify its offering, as it seeks to maximize its opportunities – which also means that it’s going to join the platform replication push, in an effort to keep its users from drifting off to other apps instead.

Which, like it or not, does work. Many Instagram users have simply not downloaded TikTok because of the availability of Reels, while the view counts on TikTok compilation videos on YouTube would suggest that many people are watching that content there instead, keeping them away from the short-form video app.

Both Meta and Google have also continued to report the rising popularity of Reels and Shorts respectively, which further underlines the fact that replication, while it may seem a little underhanded, is an effective product development tactic.

And now, TikTok’s doing the same – and again, this new display format could open up a heap more content options for those considering how to tackle the app in 2023.

TikTok has confirmed to TechCrunch that the new horizontal display format is now in testing with selected users globally. How Accurate is Mental Health Advice on TikTok? [Infographic] TikTok Tops Download Charts Again in November, Though its Growth Momentum is Slowing