Of all the various changes and tweaks that have resulted from Elon Musk’s time as Twitter CEO thus far, of all the subscriptions, view counts, checkmarks – of all that, this may well end up being the most significant.

How annoying is Twitter search? How annoying is it when you mistype something into that tiny field on your mobile device, then you have to go back and start again? How frustrating is it that you need to have the exact right terms to find something in the app?

Granted, it is a smaller concern, in the scheme of things. But this would be a massive improvement – while Twitter’s also exploring new ways to add Advanced Search filters on mobile as well. 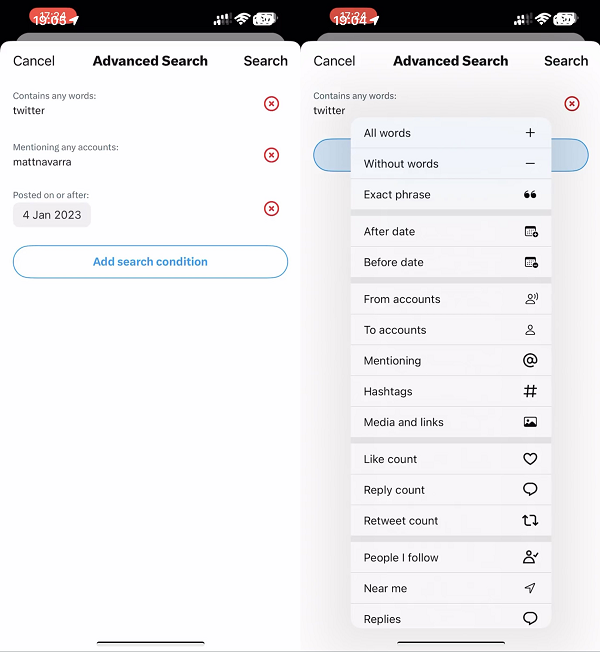 The combination of these two would be big. And while it won’t make Twitter money, and it won’t change the UI or the general user experience in a big way, it would be a significant change, if Elon and Co. are able to make it.

Much like tweet editing, this is another core of frustration in the app, where your small mistakes become annoyances.

Here’s hoping that this gets done sooner rather than later. Twitter’s Looking to Launch Advanced Search in its Mobile App Snapchat’s Reportedly Looking to Cull Over 1,200 Jobs as Part of its Broader Cost-Cutting Efforts