Could Elon Musk have made a huge mistake in buying Twitter?

I mean, he did try his hardest to get out of it, and that may have been for good reason. As noted by Info Sec expert Alex Stamos, Musk is going to be confronted with various business conflicts, as he works with a range of governments to expand Tesla – while those governments also seek to negotiate more favorable treatment in their requests of Twitter and its role in disseminating key information.

These are just some of the vectors where Musk may be forced to make significant compromises, or change his thinking around moderation and Twitter’s approach. Otherwise, he could risk significant opportunities for his main business.

How will he negotiate this? There’s certainly an ever-growing number of plates spinning for the billionaire ‘Chief Twit’. 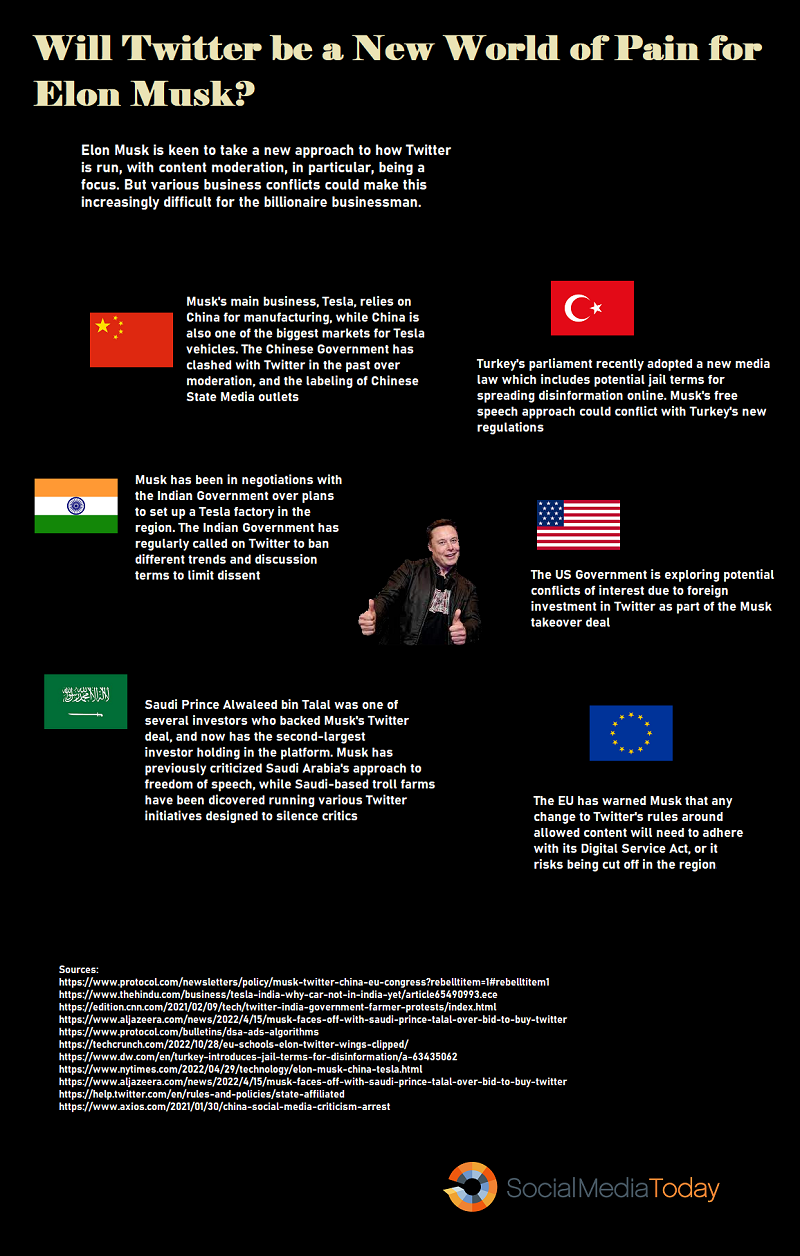 Twitter Whistleblower Appears Before US Senate, Reiterates Security Concerns at the App