YouTube’s looking to use the FIFA World Cup as another avenue to promote YouTube Shorts via a range of themed activations and challenges for the event.

First off, YouTube’s sending a group of popular Shorts creators to Qatar to create content from the event, including Cheeky Boyos, Noor Stars, Rima and Jesser. 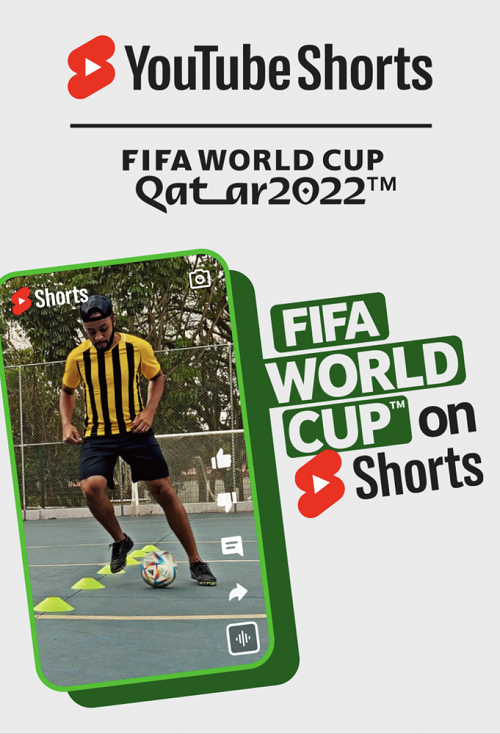 “With a combined reach of more than 90 million subscribers from around the globe, these creators will be sharing their experiences at the first round of matches in person. Fans at home can join in the excitement by following #ShortsFIFAWorldCup.”

It’s a good way to boost engagement with Shorts around the event, by sending top stars to cover different angles and elements, drawing their fans, and extended audiences, into the World Cup hype.

YouTube will also send a second cohort of Shorts creators to Qatar to cover the finals of the Cup.

YouTube’s also hosting classic World Cup matches on the official FIFA YouTube channel, along with other elements tied into this year’s tournament.

Finally, YouTube’s also hosting a ‘Shopping on Shorts’ Challenge, in partnership with FIFA, which will enable users to purchase an official 2022 World Cup T-Shirt for their country directly via YouTube Shorts.

“Post a Short to the official FIFA World Cup Challenge song showing your transition into your matchday fit and your country love using the hashtag #FIFAWorldCupChallenge.”

The World Cup is set to be a major event across all social platforms, with YouTube, in particular, seeing surging interest in soccer (or ‘football’ if you’re in Europe) in recent times.

With this in mind, it’s worth noting such trends, and considering how your brand may be able to link into the World Cup hype, and the global celebrations (and commiserations) related to the tournament.